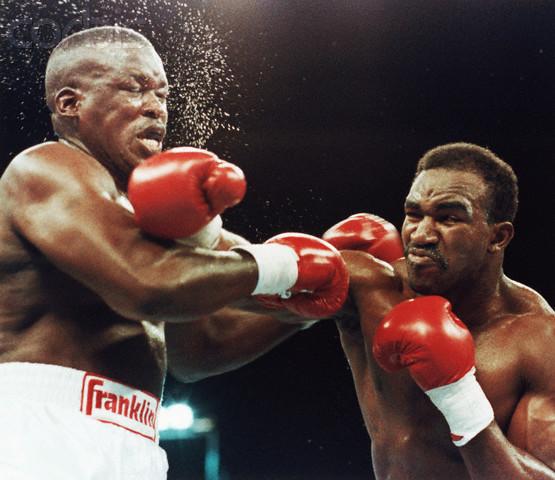 The basic criteria for my ranking of the greatest heavyweights is fairly straight forward. How many wins does a fighter have against good opposition?

My primary means of assessing this is via the Ring Magazine’s top ten ratings. My rationale for this has been explained before, but essentially, those rankings are the oldest, most reliable, and best documented means of gauging who the best is at any given time. I stand by my use of their historical rankings as my initial guide. The years from 1900 to 1924 (before the Ring started rating fighters) are a bit trickier, but I still went with what basically amounted to a top ten during those early years.

Just like wins over linear champs, there are caveats to be had with wins over Hall of Famers. Some wins may occur before a fighter has matured into a viable contender, or some wins may happen once a fighter has grown old and washed up. These must be taken into account. This is why I weigh top ten wins more heavily than Hall-of-Fame and linear champion wins, as they are a better measure of how a fighter does against a fellow skilled, prime, elite opponent. I tend to think of top ten records as a fighter’s “resume,” and records for championships and against HOFers as “accomplishments.” Those accomplishments are Important, certainly, but not the primary criteria for establishing greatness. I also don’t worry as much about losses against champs and HOFers, and mostly only use losses to contenders as a strike against men on this list.

Despite my listed exceptions and qualifiers, I do count HOF opponents as a part of my ranking, and with that in mind, there are occasional updates needed as new fighters are inducted. Just a few months ago, former linear champion and ’90s contender Riddick Bowe was enshrined in Canastota, requiring me to readjust my ratings, especially for his only conqueror, former 2-time linear champion Evander Holyfield.

Speaking of The Real Deal, I have decided to make another adjustment in the ratings. This is a move I’ve been debating for a few weeks now. Evander Holyfield is most definitely going to be in the upper tier of the Greatest Heavyweights. I don’t think that’s much of a spoiler. And in his long career, he has taken on many other good and great fighters, several of whom have made my top 178. In fact, he has arguably the most comprehensive heavyweight resume since at least Larry Holmes, and possibly Muhammad Ali. Evander fought most of the important opponents of his era and missed comparatively few. He won some, he lost some, but he rarely took a soft touch, and even his lesser opponents were still tough outs for all but the elite.

Evander is not currently in the International Boxing Hall of Fame. Their criteria is that a fighter must be at least 5 years removed from their last fight before they are eligible for a vote. Holyfield was last seen in the ring May 7, 2011, stopping the fossilized remains of Brian Nielsen in 10 rounds.

It took a couple more years before Evander finally admitted he was done, but since his last fight, 3 years and 10 months has passed. Evander will be officially inducted into the IBHOF with the 2017 class. I say that with a high degree of confidence, as Holyfield is arguably the greatest, or possibly 2nd greatest heavyweight of the 2nd best heavyweight era ever. He defeated 11 total top ten opponents, had 8 wins over linear champions, 5 wins over men inducted in Canastota, and a record of 5-3-1(2) in fights for the linear championship.

However, the only (admittedly faint) possibility that may prevent his induction was the “Evan Fields” mess of about 10 years ago. Holyfield was on the periphery of the BALCO scandal which rocked the Major League Baseball world in the early 2000s, and did some damage in boxing as well. The name “Evan Fields” appeared as a recipient for some less-than-legal performance-enhancing substances, though nothing was ever officially proven, and no guilt was admitted by Evander himself.

The BWAA (who are the primary voters for the IBHOF), are, (perhaps due to the often grisly and historically corrupt nature of the sport), decidedly less squeamish than sports writers who specialize in sports that involve balls and teams and rackets. Unverified steroid accusations have been enough to tank the Hall-of-Fame chances of many recent baseball greats. Some may recover in the future and see induction, albeit with an asterisk, but it’s likely that Mark McGwire, Sammy Sosa, Roger Clemens, Rafael Palmeiro, and Barry Bonds (to name but a few) will never see their names on plaques in Cooperstown. Boxing is a bit different. As Jimmy Cannon accurately and colorfully called it, boxing is the “red light district of sports.” The mythology of boxing tends to embrace the grittier underbelly of the sports world. While obvious and dangerous cheats can and have been shunned (see the Luis Resto-Billy Collins tragedy or anything with Panama Lewis), matters such as unconfirmed PED allegations have yet to completely sink many fighters.

So, all this is just my roundabout way of acknowledging that there is some doubt that Evander’s training methods have been clean and aboveboard, but there has been nothing concrete enough to hurt his overall standing in the pantheon of boxing greats.

Evander Holyfield won’t be eligible to be officially enshrined in the HOF for another 2 years, but at that point, he most definitely will be. With that in mind, any wins over him, and losses to him, should be acknowledged as having occurred against a Hall-of-Fame-caliber boxer. So, in part because I don’t feel like waiting two years to completely recalibrate my ratings – and I very likely will be done sharing them entirely by that point – I am officially altering my behind-the-scenes charts to acknowledge Evander Holyfield as a HOF fighter. What does this mean? Well, nothing for the 10 fighters I’ve already profiled, but fully 43 fighters in the final rankings have shifted spots due to this change. The biggest jump has been 13 spots, and the biggest drop has been three. Mr. Holyfield has had quite the impact on the sport. Hopefully this change will more accurately reflect what is a mostly-subjective, but hopefully fair and plausible list.

As I mentioned above, wins/losses/draws/no contests against Hall-of-Fame fighters should not be the primary measuring stick with which to measure the worth of a boxer’s accomplishments, however, it is a viable part of the total tapestry. These fights matter, too, and often help to act as a tie breaker between otherwise equally-rated fighters.

In other news, I plan to resume my Greatest Heavyweights series, and get the profiles out a little faster. I’d like to reveal at least 7 or 8 fighters a month for now. There are still more than 160 fighters to list, and I want to get them out before I have to recalibrate again. I also have a few pet projects that have been simmering for some time and will become entries in the near future on this blog. There will be a piece analyzing how much size matters in the heavyweight division. I have a comparison of the resumes of the best pound-for-pound fighters of our current era – leading up to May’s showdown between two contenders for that title – Manny Pacquiao and Floyd Mayweather. There may also be a few “classic” posts that never were put out on my old boxing blog, but still hold relevance today.

And, as always, if one’s interests are more in the political/economic/current events spheres, check out my other blog, http://askewedperspective.net.